When Frodo and Gandalf begin to speak about the Ring it is as if every word emerges from a profound silence. Not just the silence of the night that has passed but the silence of long years whose shadow now lies over this comfortable hobbit hole in the heart of the Shire. At last Frodo speaks. 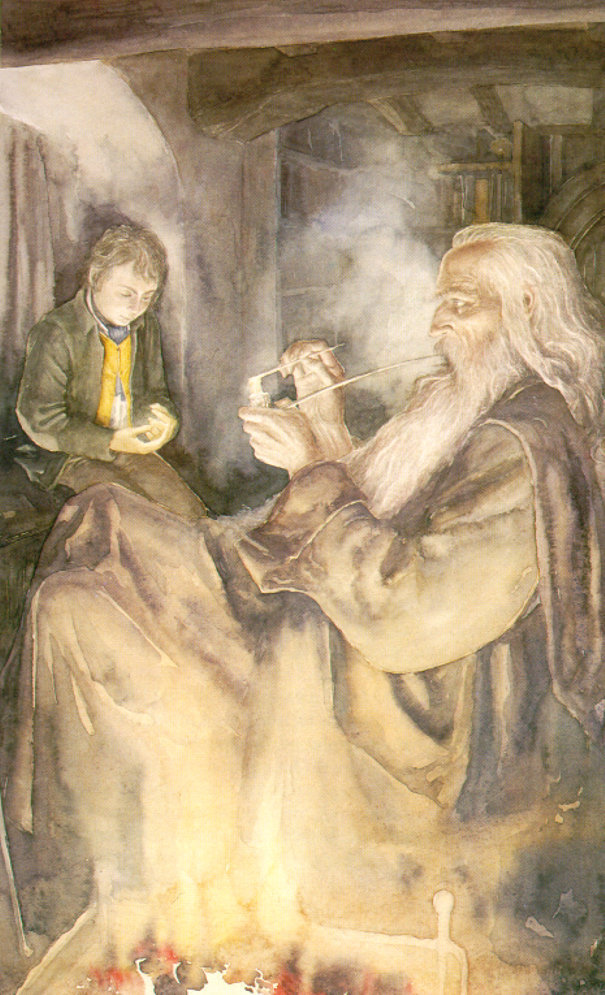 Gandalf and Frodo in Bag End by Alan Lee

“Last night you began to tell me strange things about my ring, Gandalf… And then you stopped, because you said that such matters were best left until daylight.”

And so Gandalf begins to tell the story of what Frodo has always called, Bilbo’s Ring. And it is a story of power and of possession.

“A mortal, Frodo, who keeps one of the Great Rings, does not die or obtain more life, he merely continues, until at last every minute is a weariness. And if he often uses the Ring to make himself invisible, he fades: he becomes in the end invisible permanently, and walks in the twilight under the eye of the dark power that rules the Rings. Yes, sooner or later- later, if he is strong or well-meaning to begin with, but neither strength nor good purpose will last- sooner or later the dark power will devour him.” 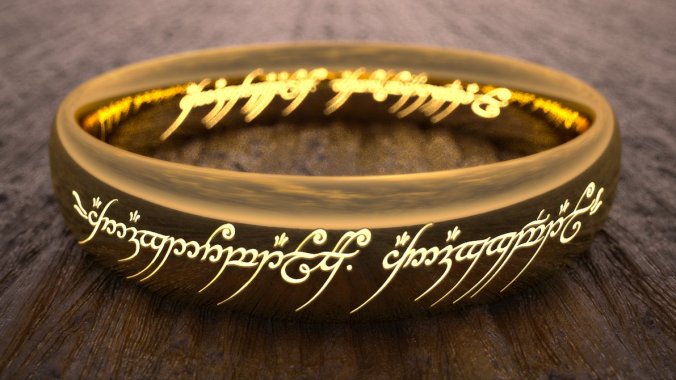 The One Ring by Badriel

What Gandalf has done here is to describe to Frodo both what it will mean to possess a Ring of Power and what it means to desire power over others. It was the 19th British historian, Lord Acton, who famously said, “Power tends to corrupt, and absolute power corrupts absolutely.” What Tolkien describes here is what happens when absolute power is achieved by means of a particular item and linked to a particular desire. The One Ring appears to convey two things. One is power over others. The other is power over death itself. Thus the one who possesses it will believe themselves to be entirely invulnerable both to the power of others and even to death. But what Tolkien shows is that the corruption that Acton spoke of in relation to power is not just the loss of a moral sense. Sauron had already made this bargain long before the forging of the Ring and did so without a backward glance. All that he desired was absolute power and his assumption was that everyone else desired this too. What he did not know was that in the forging of the Ring in order to achieve power he was giving his Self to the thing that he had made. He was able to appear, first to Celebrimbor and then later to Ar-Pharazôn of Númenor, in a fair guise. But he lost this capacity and throughout the Third Age he could only appear as a thing of terror. And when the Ring eventually goes into the Fire there is nothing left of him but a mist in the wind, malicious but utterly powerless. 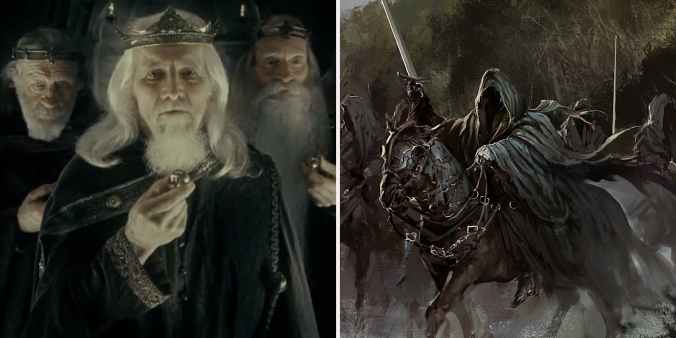 This is what it means to be corrupted. This is what all who desire power over others believe themselves to be exempt from. They believe that they have achieved a level of self-possession through the exercise of that power that will mean that they are the masters of their own destiny. But what we learn here is that the wielders of power, those who achieve it by means of a Ring of Power, fade. And what we also learn is that those who spend too much time with a Ring of Power are eventually corrupted by it. Even Bilbo was beginning to fall under its influence saying that it was “growing on his mind”, that “he was always worrying about it”, that he felt “thin and stretched”. Eventually even Bilbo would have fallen under the power of the Ring and surely with the Nazgûl hunting for it high and low and drawn to it because it has power over them they would have found Bilbo and found the Ring too. But might we say that a swift end at the point of a Nazgûl blade or even torture at the hands of the Dark Lord would be preferable to the terrible fate that would have befallen him through possession of the Ring? Perhaps when we pray that we might be delivered from evil it is more a prayer that we might not become evil ourselves than that we might suffer from the evil of another.