The One Ring has had a long and unhappy history since its forging in the Second Age of the Sun. Its purpose in its conceiving was to increase the power of its maker, Sauron, the Dark Lord. 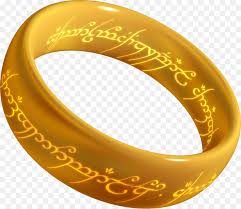 Rule has ever been its purpose so that all the work that has ever been done in freedom by Elves, Dwarves or Mortal Men should itself become the work of one being and enslaved forever to his will and purpose.

The Ring is a fearful thing and yet it has never quite accomplished that for which its maker purposed it. Even when it was in Sauron’s possession it never quite gave him the power he desired. He had to submit to the greater power of Númenor and, at the end of the Age, in battle against the Free Peoples of Middle-earth, had it taken from him by force by Isildur, son of Elendil. And although he grows in power once again towards the end of the Third Age the Ring, now the focus of an all-consuming desire, remains hidden from him. 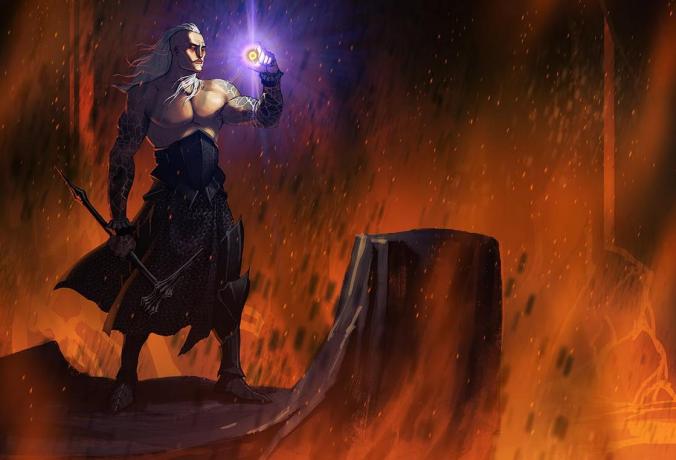 The Ring has had its own history throughout this time, betraying first Isildur to his death and then the unhappy Déagol too until it falls into the hands of a hobbit lost in the endless tunnels under the Misty Mountains. And in this moment of its history a theft takes place undoubtedly but no murder and so its history begins to change. At no point does the Ring ever change in nature but it is clear that another power is at work as well as its own entirely malevolent one.

I think we can say that Bilbo meant to give the Ring up and to leave it to Frodo. It is just that at the moment when he has to make a choice he finds that he is unable to do so.

“Into the envelope he slipped his golden ring, and its fine chain, and then sealed it, and addressed it to Frodo. At first he put it on the mantelpiece, but suddenly he removed it and stuck it in his pocket.”

Poor Bilbo! The Ring is so much stronger than he is and if it had not been for Gandalf’s intervention it would have taken complete possession of him and dragged him down into a living perdition. Indeed already it has begun to do its work. Bilbo speaks of feeling “all thin, sort of stretched… like butter that has been scraped over too much bread”. He speaks of an “eye looking at me” of not being able to rest without it in his pocket.

Eventually Gandalf has to hint at his own power in order to make Bilbo give it up. This is no act of a bully seeking to force someone weaker than himself to give up freedom for servitude but rather the opposite. Gandalf uses his greater power to free Bilbo from himself or should we say to free Bilbo from his false self from the self that can never be at rest while in possession of the Ring? Or perhaps that he can never be at rest while the Ring seeks to gain possession of him?

The true Bilbo leaps into full view almost as soon as he makes the decision to let go of the Ring.

“It was a fine night and the black sky was dotted with stars. He looked up sniffing the air. `What fun! What fun to be off again, off on the road with dwarves. This is what I have really been longing for for years.`”

A good spiritual guide might tell Bilbo that the thing that he had thought that he had desired the most was in fact nothing more than an adhesion “on the wings to love and adventure,” as the poet Patrick Kavanagh puts it. But perhaps Gandalf is better than that for rather than telling Bilbo that this is what the One Ring has become to him he actually sets him free. Later in the story he will do the same for Théoden of Rohan.

But now let us watch with Gandalf as the 111 year old hobbit leaps over a low point in the hedge and heads off down the road to his own “love and adventure”.

Hobbits may devote a lot of energy to keeping mystery out of their lives but if it comes in a package that can be controlled and is predictable then they might even welcome it. The key to this kind of mystery is that if it comes it will not be too disturbing and that it will go away again leaving everything unchanged.

So it is with Bilbo Baggins’s ‘long expected party’. A party is a welcome distraction to the sameness of life and no-one will turn down the opportunity to receive presents. The hobbits will even put up with the arrival in Hobbiton of outlandish folk as long as they all go away again when all is done.

The most exciting visitor of all is Gandalf and when Tolkien first introduces him to the story it is through the eyes of hobbits.

“A cart came in through Bywater from the direction of the Brandywine Bridge in broad daylight. An old man was driving it all alone. He wore a tall pointed hat, a long grey cloak, and a silver scarf. He had a long white beard and bushy eyebrows that stuck out beyond the brim of his hat.”

This description places Gandalf within a tradition of magical old men that inhabit the stories of both hobbits and us too. The hobbits know him through his fireworks. Not through their experience of them but through stories of long ago, the stories of a legendary figure in Shire history, the Old Took, who lived longer than any other hobbit and at whose birthday celebrations a magnificent firework display once took place.

It was Gandalf the Wizard who brought fireworks to the Shire then and he has brought them back again after a gap of a hundred years. 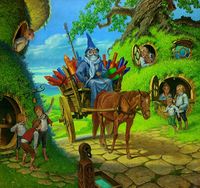 Darell Sweet The Arrival of Gandalf

Later in the story Sam Gamgee will say these words in honour of Gandalf’s fireworks.

“The finest rockets ever seen: they burst in stars of blue and green, or after thunder golden showers came falling like a rain of flowers.”

As we have already seen when we are first introduced to Sam he is able to take an experience like the enjoyment of fireworks and travel through it to a deeper mystery. Most of his fellow hobbits treat the fireworks like we might a fairground or theme park ride whose danger and mystery is acceptable because it is limited. You are frightened but you know that you will get home again alive.

The point about Gandalf is that in his true business there is a very good chance that you will not get home alive. He is one of the Istari, one of seven Maiar who were sent by the Valar, the divine governors of Arda, of the world, to oppose Sauron, the Dark Lord, who seeks mastery of Middle-earth. And if anyone makes the mistake of underestimating the old man in a pointy hat who makes marvellous fireworks then it is surely enough to remind them that Gandalf and Sauron are both Maiar, both belong to the same order of being within Arda. 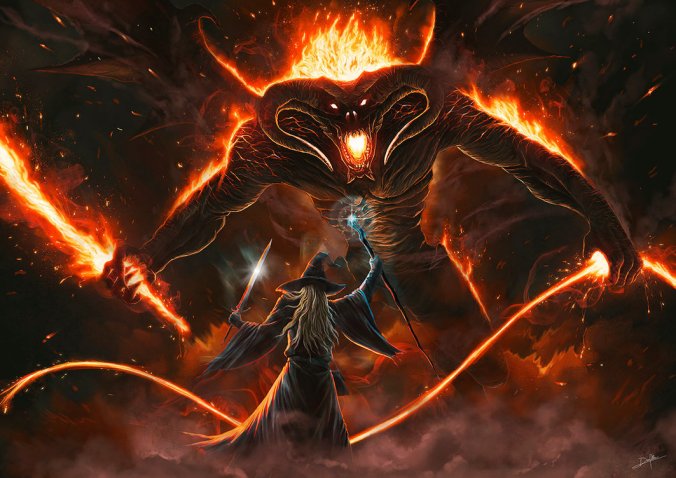 Gandalf vs Balrog by Daniel Pillaart

The hobbits do underestimate him. If they really knew what he was they would be terrified and they would flee from him. But why does Gandalf present himself in this way? Saruman, who Gandalf calls the leader of his order, certainly does not understand this. He notes that Gandalf enjoys smoking the pipeweed of the Shire and seems to enjoy the company of hobbits and he thinks of both of these as laughable.

Saruman is only capable of thinking of others either as useful to his own ambitions or as useless. At this point in the story hobbits are useless to him. Gandalf is different. He takes pleasure in hobbits for their own sake. He loves the delight and wonder that his fireworks produce, loves the moments when grown hobbits allow child-likeness into their hearts again. And he delights in hobbits’ simple pleasure in good food, good beer, good smoking and good company so when he arrives in the Shire for a time he is able to lay down his many burdens. He is just the funny old man who does marvellous tricks and magnificent firework displays. And that is enough.

Gandalf comes to the Shire in search of simple pleasure and so when in this simple place he is given the way to overthrow the Dark Lord it is a complete surprise but perhaps it is only those who know how to take joy in people and things for their own sake who are capable of receiving gifts that can change the world.

Dear friends, I intend to add the audio file for this week as soon as possible but my technical assistant, my daughter, Bethan Winter, is down in London at the moment and I need her advice! I am sure that after a week or two of practice this will all be second nature to me!